What is Lacquerware (Urushi)

The Lacquer used to coat the laquerware comes from fabricated resin of lacquer trees. It creates a very hard and durable finish, not through drying but by oxidation. Lacquerware is vulnerable to dryness and it maintains its shiny and glossy state over the years by absorbing the moisture in the air.
Shousoin, the treasure house located in Nara holds lacquerware stored from the 1200's, has not lost it's shine and beauty even today. 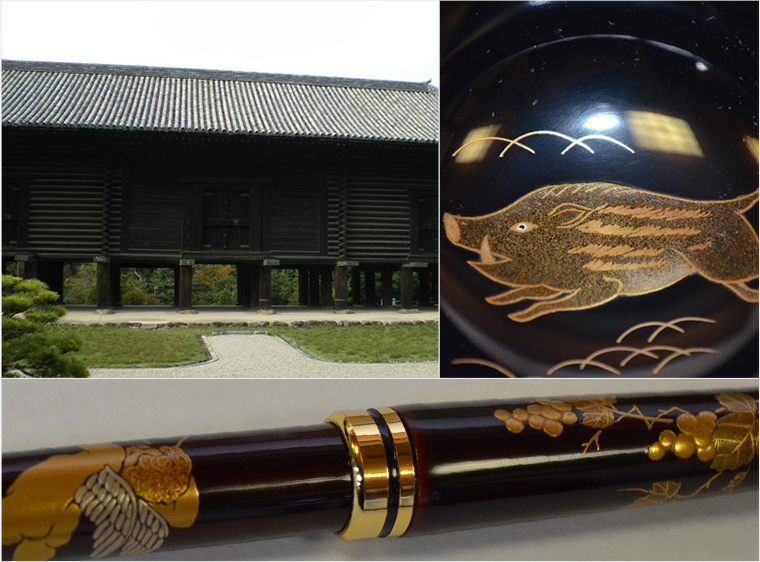 Lacquerware which ages with moisture has great chemistry with our hands which also coexists with water and moisture.
The word Urushi derives from the word "tearful" or "fine delicacy", and the Japanese character for Urushi includes the characters "water", "person" and "tree". Not only does Urushi represent the beauty of the lush and watery surface, but also a familiar part of people's daily lives that involve water and trees.

The resin used for Wajimanuri products are pure and 100% natural. Urushi also has an antibacterial and antiseptic effect, and is a perfect material for cutlery. 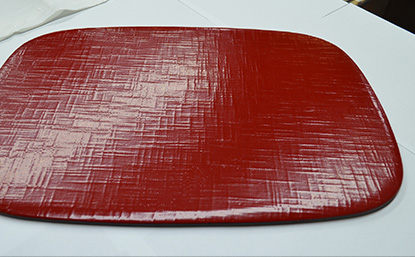 Lacquerware has a long history, and originally it was thought to have been introduced from China. However, more recent research showed that the Japanese lacquerware discovered in Kakinoshima, Minami Kayabecho in Hokkaido was from approximately 9000 years ago from the Jomon Era, is older than the Chinese lacquerware. Lacquer from the lacquer tree discovered in Satohama Kaizuka, Fukui Prefecture, is the world's most ancient and dates back 126000 years.

During the Asuka Period (592-710) and Nara Period (710-794), lacquer was used for sculptures and objects related to Buddhism. In the Heian Period (794-1185), it was considered as a piece of art. The Chusonji Golden Hall from Iwate Prefecture is a design technique using gold lacquer. Lacquerware is also mentioned in the Tale of the Bamboo Cutter, a famous Japanese fairytale that comes from the 10th Century. 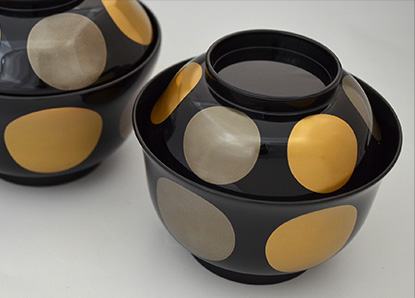 Until the Edo Period, advancements were made in lacquerware as a piece of art, with the development of a wide range of techniques, including for the Japanese tea ceremony. This was when master craftsmen and masterpieces also emerged. It's been said that Wajimanuri was also developed in the Muromachi Period (1392-1573). Until then, lacquerware was not something most people could afford.

In the Edo Period (1603-1868), traditional arts and crafts developed across Japan and became a commodity for Japanese people, especially for plates to be used at the dining table. In the Meiji Period (1868-1912), the development of new industries encouraged the trade of lacquerware in Europe. Marie Antoinette is said to be a major lacquerware collector. Today, the product lineup of lacquerware has vastly expanded and includes USB memory sticks, iphone cases, and even watches.

Lacquer is a traditional identity of Japanese people. Being practical and giving depth the more it is used, we welcome you to the world of Taya Shikkiten's collection of lacquerware products.